Some of these projects have been “cooked” at Business Schools and others have not, but there is a detail common to all of them: the (obsessive) minimization taken to extremes of the number of workers to be hired. However, this common fact is not new. For instance; in an operation that we were about to close a couple of years ago, a venture capital firm wanted to sell the Back-Office of a consulting company that dealt with applying for subsidies and getting all the necessary documentation ready for the clients who required their services. They wanted to keep the Front-Office. The first part was intensive in terms of hiring professionals and it was also widespread geographically, while the latter was just the passing of grouped information for the clients who monitored the subsidies and public contests services, for which they used all kinds of IT and the Internet as main tools, having a reduced the number of people employed. In other words; it was growing costs against decreasing costs; marginal unit cost nearing zero against marginal fixed costs or cost with staggered reductions, if you were witty in your management; any employees against none.

What worries me is not that entrepreneurs want to make their money more profitable, and by doing so, they look for businesses with minimum costs so they are able to obtain a profit. What bothers me is the fact that, what they intend is also not having to manage people. Resources, of any kind, can be managed with skills and knowledge. To manage people needs other abilities as well. And this premise, in days like these, is the one that entrepreneurs and investors are using, applying common sense to it. Today, you seek a business angel for your business project and, if the project needs to be intensive in terms of hiring people, your angel suddenly turns into dust. The variable factor “people” is not regarded too well in today’s business plans.

I am not just talking about entrepreneurs, but also about big and medium-sized companies from any sector which seek reducing to the greatest possible extent the hiring of people. The time when big industrial corporations set up factories in Spain and hired a great number of staff is over. Although there are exceptions which may prove fruitful, like the Chinese company Chery, which plans to turn Catalonia into their launch-pad to take over the Euro-Mediterranean market. The first vehicles could be released in 2015 and the project could create around 3,000 jobs, according to the press and to the Catalonian government… we will see what happens. Meanwhile Sony, with 1,030 employees is closing down its Viladecavallas factory after many years there and is now leaving their facilities to Ficosa; again, we will see what happens. 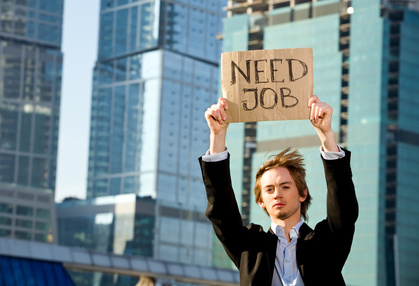 Taking this trend, which is obvious to anyone, will we be able to go back to the percentages of almost full employment we had before this crisis? From my modest point of view, I think we will not. I think we are driving a path that, if you are able to remember, we already drove in the 80’s and early 90’s, with unemployment percentages of 23%, where there were two worlds with very few links between them: the one of the long-time unemployed and the one of the employed. This is; the one of the structural unemployment and the one of the temporal unemployment. The reasons for this are so simple that they almost scare me: one of them has to do with the fact that some workers have been taking up responsibilities which did not match the profiles that a changing economy needed (an economy which, predictably, was not sustainable and was in crisis): therefore, its consequent fitting to the new economic model towards we are going is both hard and expensive; impossible, in a word. And another reason is our market: we do not sell enough abroad, neither do we make foreigners to come to Spain and buy here. In both cases, it has to do with less competitiveness and with the kind of offer we have. Our industries offshore and our services do not attract money from abroad as they used to.

With this situation in mind, I dare to suggest a few things: let’s call them “messages”:

The first on goes out to entrepreneurs; the difficult thing is not to manage people, but to manage projects that have a global economic aim and this implies hiring people and their involvement in a common objective. I would suggest you recruit and manage your new staff well: not everything is making money, though it is necessary.

The second message goes out to politicians; I would suggest them to think about the way they are educating their own children and how they are preparing them, so they can do the same with the rest of the population’s children, so their training becomes useful for society and for the economy, improving employability.

The third message goes out to businessmen and company owners; I would suggest them to think that R&D does not just mean a kind of technology that makes our current production or services’ methods cheaper, but must also find new markets and new possibilities to employ more people.

And finally, the fourth message goes out to all of us; let’s do what the previous three groups haven´t done.

4 messages to sort unemployment out