I don’t know who is responsible for Bankia’s current situation, the people who thought it up, those who induced to it or those who channeled it. What is clear is that the investor who responded to Bankia’s IPO received bad advice, he has lost part of his savings. According to the experts, roughly 400,000 people have already lost 50% of their investment up to now. Now the lawsuits will follow and rightly so.  Although it is clear that it will be difficult, since if these 400,000 shareholders would have read the 83 pages of the informative brochure of the OFERTA PÚBLICA DE SUSCRIPCIÓN Y ADMISIÓN A NEGOCIACIÓN DE ACCIONES DE BANKIA, S.A. [PUBLIC OFFER FOR SUBSCRIPTION AND ADMISSION TO TRADING OF SHARES OF BANKIA, S.A.,] I don’t think that they would have invested in it: it is a manual for the risk-taking investor.  Whose fault is it? I’ll skip this word.

For anyone with a little bit of comprehension, this IPO  already had the letters marked when it appeared. The players didn’t know the meaning of the moves that the market was making, and their only goal was for time to pass in order to see if it would clear up, and they would know the answers. Hence it will go down in history as the IPO of the ALPHABET GAME (to be accurate). 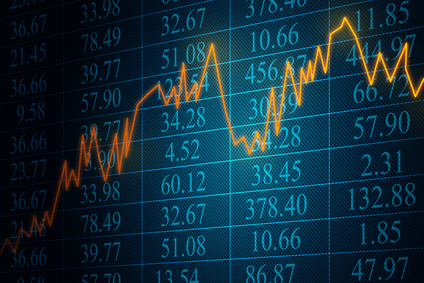 A for auditors. An IPO involves the following participants: the underwriters, investment banks, the shareholders, the administration’s regulatory bodies, the care-taking syndicates who will maintain the price of the security once the share is listed, the lawyers and the auditors. The auditors approved Bankia’s value in the previous 11 months, as a minimum on two occasions. Now it turns out that the shares needed an additional allocation of 3,500 million, and the fiscal shield is cellophane. What happened so that in a few months the auditing firm who approved the financial information no longer wants to endorse it? I´ll skip this word.

B for bureaucrats. What should we say about our regulators, I will refer to the statements regarding certain persons from Bank of Spain and the National Commission on the Securities Market, the CNMV.  They didn’t have all the information in the IPO either? I´ll skip this words.

C for consultants. Some of the underwriters of the IPO, who 11 months earlier clearly recommended buying, now do not know where to position its objective price.  I suggest that you do a little surfing on the Internet and pull up the recommendations of some “gurus” at that time and the recommendations that they will make now. Did they really have so little information? I’ll skip this word.

D for disinformation. With full knowledge that the retail tranche was roughly 60%, they allowed it. It is obvious that it was difficult to convince the institutional parties that it was a good investment. And once again what we always hear, citizens are not able to accept certain information, and so it is better to deliver it in small doses, little by little. Did they want to make the individuals rich to the detriment of the institutional clients?  I´ll skip this word. 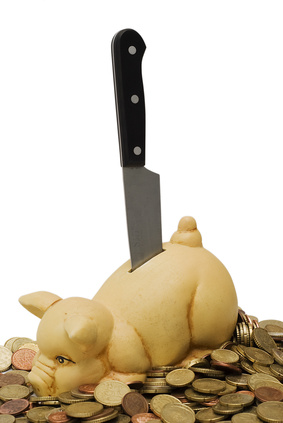 And why go on, since we would go through all the letters of the alphabet? The main motivations for a company to launch an IPO of its shares is access to a source of financing that allows it to continue to grow, whether it be by acquisitions or search for new market, thus allowing, moreover, its shareholders/investors to have liquidity in the shares that they hold. In addition it places the company in a position of visibility to the clients, suppliers and employees who are of benefit to it. In the case of Bankia, with the exception of the motivation to dilute its capital and potential losses (earnings?) among individual investors, I am unable to see the benefits of this IPO. Well, there is also the advantage of skipping the word and winning time to see if something would appear that would save them from the meltdown.

If you examine the IPOs of the last 15 years in Spain you will see a novel of intrigue, power, money and ambition that will serve for numerous screenplays on the consequences of Wall Street. Although a common denominator always appears: the individual investors always get burned. There is the historic and legendary IPO of TERRA, whose lifespan was skewed by its own creator, Telefónica, by competing with it in the ADSL market, which was its main source of income. Of course, it did this after the IPO. They didn’t have enough, and they did it again with TPI and Telefónica Móviles.  If a transaction turns out well, of course, it must be repeated, although with Atento they will have to wait a little bit longer. To be sure, none of the three aforementioned companies is currently listed. We also have Iberdrola Renovables and Iberdrola, or the companies of the real estate boom: Renta Corporación, Astroc, Riofisa and Parquesol.  The renewable energy companies such as Solaria and Gamesa, the financial companies such as Criteria and countless others. Certainly the information available to an individual investor in the IPO game is completely asymmetrical, since he will have to continue to skip this word on most occasions since he will never know the response, and he will always need more time to find out. If this asymmetrical information already is found among the promoters of the IPO, the individual investor is mere decoration.

The good faith and responsibility of those involved in an IPO are fundamental, so that they pursue a company’s goals for growth by looking for new shareholders who participate in the growth that their contribution will produce. And they are not looking for a way to get rich on the fractioned sale of the business, already mature, so that the ownership is diluted and the problem also.

Now when better days arrive, there will be IPOs that could be the largest in Spain’s economic history, if Amadeus, the lotteries and AENA will permit me to say so. Let’s hope that those involved in these IPOs don’t skip this word and that they think of the individual investor as a partner, and not as someone whose last cent they can take for underwriting.

CAN WE CREATE 1 MILLION JOBS IN SPAIN?
LIBOR AND EURIBOR – FINAL JUDGEMENT

FOR A WAY OF BANKING?