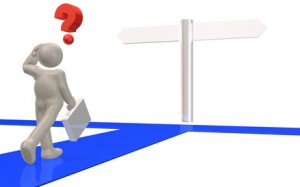 What is the public administration purpose?  Why is the current situation with civil servants happening in Spain?  What will happen with this economic sector in the future?

I have just taken part in the Seminar of High Management at University (Jornadas de Alta Dirección Universitaria) organised by the Innovation Department of Universidad y Empresa, under the slogan “People management at University”. We had to provide our point of view about people management in private companies for an audience composed by managers and deputies from Catalonian universities. Our tablemates, the Human Resources & Organisation Manager from The Council of Barcelona and the Director of the Public Administration School of Catalonia, both expressed their approach to the issue from a ‘public’ point of view. So far, I had not had the opportunity to have a deep look at the civil servants collective and their problem. Not even now do I see myself able to provide you with a clear answer for the aforementioned questions but I do realise that we have got a problem we need to solve and, if public institutions and their employees do not make a step forward by themselves in order to perform a 21st Century Civil Service, the private labour collective will have to ask them to do so and help them get it.

The definition for Civil Service is not a trivial one because, if we understand this as the activity developed by some Public Administration in order to provide services to their citizens, everything may fit in there, and this would mean that even the existing number of civil servants would not be enough. The purpose of the Public Administration in a democratic society could be understood as the services that the private sector are not able to provide independently, with equity and equality. Under this premise, I can only think of two services, although other readers may come up with more alternatives which shall be part of the Civil Service’s duties: the Executive Service and the Judicial Service –this is, the surveillance and defence services for citizens and the law interpretation and its application. The parliament (the voice of the people), in any case, should be represented by the democratically elected citizens. The rest of the services, under this scope, could not be considered strictly as Civil Services and therefore, should not be carried out by civil servants. Following this pattern, which theoretically may be possible, the rest of the services may be provided (but not paid for –which could be food for thought in another article) by the private sector. This point of view goes even further than the one stated in the model for the New Public Management by J. Edward Kellough and Lloyd G. Nigro in 2005, (Civil Service Reform in the States), since it is not only the implementation of management models from the private sector what is needed, but also the outsourcing of specific tasks to the private sector. 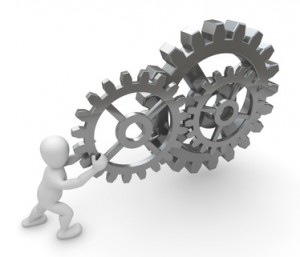 And why would this be necessary? Because there are two collectives in Spain that fit within the wage-earning group; currently around 15,000,000 who have two totally different labour worlds. The current crisis has brought to light these differences in a very noticeable way. One of these is the group of the 2,659,000 civil servants –tied to the past? Some may say, in the words of Spanish 19th Century writer Mariano José de Larra; “Please, come back tomorrow”, by which an accustomed labour situation is kept along the years and this is just not comparable to the one from the other collective. And then we have the one composed by 12,341,000 wage-earners from the private sector, with a labour environment which is subject to market laws. The individual rights for each one of these collectives also define their current situation. Private employees must be protected from unfair situations which can be caused by the public administration and civil servants must be protected from the possible political pressure that oncoming governments may apply, always relying on a guarantee for their posts to be permanent and for a merit system so that they can develop their activity neutrally and politically impartially. With the exception of this, we should tend to eliminate the existing differences between both collectives through a wide Reform of the Civil Service.

I take for granted that there will be many detractors who will see the New Civil Service Management movement as something coming from a political positioning or coming from an attempt to weaken the role of the Estate. Despite all of this, we need to understand that civil servants must provide a service with a high added value, and they must be useful, efficient and proficient for the society supporting them. This can only be achieved if this collective carries out only the core tasks of such a service to society. These services usually require highly skilled workers and are totally in line with Human Resources policies that strive in order to provide a perfect public service for their fellow citizens… and so citizens will be grateful.

How much is my brand worth?
JOHN MANAGER. Confessions of a Spanish executive.