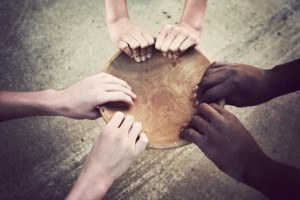 I have been leafing through the typical Fashion and Luxury magazines while I was on the plane today. After that, I have had the feeling that we are not going the right way. It was a feeling that had to do with the way we are teaching our kids, which does not seem to be the right one. It is not that these magazines are not alright or the fact that what they sell or propose is unsuitable or out of the point in the hard times we are going through. What is wrong is to take this idea as a way of living; and that is worrying. This is why I have come up with some ideas from a conference given by Bernardo Kliksberg.

We speak about companies’ Corporate Social Responsibility (CSR) a lot. Most of the times, our points of view merely show a “tactic” or “marketing” approach towards CSR, while other times, our points of view are pretty strategic and our own company missions involve being socially active. However, we speak very little about this CSR applied to managers at other companies.

In spite of this, recently, people speak a lot about the values and the ethics which are supposed to move managers. In fact, it is a good sign that the current Dean at Harvard Business School, who was named just a few months ago, is Nitin Nohria  who has been a strong defender for over two decades of a way to manage businesses ethically and responsibly. At his appointment, he stated “It’s hard to deny that to some extent society’s trust in business has taken a hit. As dean, one of my great hopes is to restore the trust lost, innovate in curriculum, innovate in research, and usher in a new century of innovation that would usher in a new sense of business’s role in society”, making clear reference to the extremely greedy practices that many managers who had attended the best business schools had practiced in the last years.

Well, here we have 6 urgent problems set out by Kliksberg for managers to bear in mind and within our scope, try and be aware of them and try to solve them, by applying some kind of Corporate Social Responsibility, which will only depend on our attitude towards life and our management methods.

It is not easily understandable how having the means to avoid it, in 2009 the number of people starving in the world is close to 100 million and around 1,020 million suffer from malnutrition.

Latin America produces every year the food needed to feed 3 times its population, around 550 million inhabitants, but even so, 16% of their children suffer from malnutrition.

Taking into account that, on average, one person needs around 20 litres of water per day, Europeans need 200 litres and North Americans 400 litres. At the same time, 900 million people do not have access to drinking water, 2,600 million do not have access to decent sanitary facilities and 17% of the world population does not have any kind of bathroom and / or latrine.

According to UNICEF, around 346 million children are victims of exploitation in the world and about 3 quarters of them (171 million) do so in dangerous conditions or situations. 70% of the children who work in the world do so in the agricultural sector.

Besides, there are over 50 countries that recruit children under 18 and arm them to get them ready for war.

Only in Latin America, 6 million children do not finish junior school.

Vulnerability rate for the poor is 80 times higher than that for rich countries’ inhabitants as it has been seen in Haiti very recently or as we saw with the hurricane Mitch in 1998, in Nicaragua and Honduras, which caused damage to nearly 1.2 million people directly, amongst them many dead and many missing people, with losses of almost 8.5 billion dollars.

50 million people are forced to emigrate from their homes every year due to causes related to climate change. 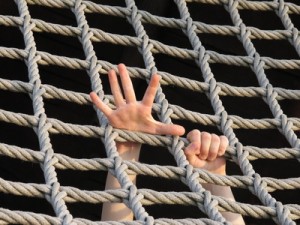 To sum up; there is still lots to do and, from our positions in our companies, with our decisions and attitudes, we can change these situations which make the world lose its balance. Someone may think that we cannot change all these issues from our positions: this is just not true. Each one of us can act accordingly and can choose from adopting impartial policies to hire suppliers, using our own self-awareness of our environment with regards to these problems or can even implement help and training programs for young people in developing countries.

Corporate Social Responsibility (CSR) is aligned with the personal and professional values that strive to maximise results for the companies we manage and, at the same time, improve the lives personal situations of people as much as possible.

Corporate Social Responsibility. What kind of world do we want for our children?