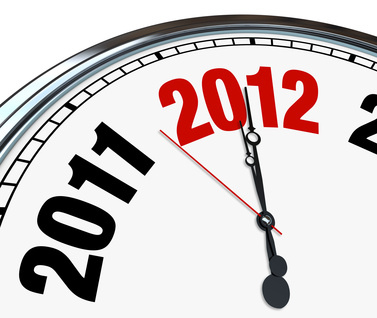 The 4 horsemen of reactivation are: financial stability, control of spending/balanced budget, economic growth and confidence. Which is the first?

This is the question that we ask every day. In most cases the answer is limited to indicating that it will be an unpleasant and difficult year, without going into much detail. We have the four horsemen of reactivation: financial stability/restructuring, control of spending/ balanced budget, economic reactivation and confidence, which is the key; if we do not succeed at taming them, we will have to reread Blasco Ibañez, at least. And so, using this post and speaking in general terms I will attempt to give logic to this answer in keeping with what I have been seeing. In my opinion, this year is not going to be the one of fresh growth, but completely the opposite.  Why should we deceive ourselves?   In spite of this, if we have enthusiasm, a dose of goodwill and a lot of vision, we might be able to bear it more easily. The new administration’s first steps, which I hope that they will correct, lead me to this conclusion. 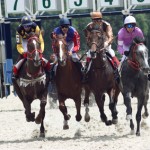 THE FIRST MEASURE that the new government has taken, to raise individual income tax by applying a “temporary supplemental tax” on the income tax scale, could be predicted easily, even though in their platform the Popular Party denied it.  In order to justify it, they allege that they did not know about the deficit provoked by the Autonomous Communities. This first measure, which serves to make the impression that they are serious, works directly against to lifeline of growth. It withdraws money with a powerful multiplier effect from the domestic demand in order to dedicate it to items that will in no event have this effect (or scarcely any). In addition, I get goosebumps when I think that administrators who must know the situation of the company that they are about to take over did not know that this company had a significant deviation that obliges them to take drastic measures, or that in the event that they did know it, they concealed it from their shareholders. Once again they are undermining the confidence of their subjects, but since we are in the first 100 days we accept it stoically. One way or the other this first measure does not appear to me to have been managed well, and it has no chance of favoring fresh growth. It is clear that their priority has been positioning themselves in the EU and the sovereign debt rather than other types of factors,.. it will be their decision which horse they want to mount first.

And what is more, I foresee two more drastic measures;

VAT increase: the income collected from the previous tax is not going to be enough to eliminate the limitations of the deficit and 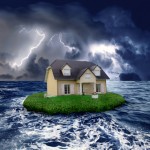 tame the horse of stability/financial restructuring, nor will the economic situation be favorable for collecting more, since the horse of growth has disappeared.  Hence they will see themselves obliged, whether they like it or not, to collect more through this tax. And since sales will be lower, the only way is to increase it.

The other measure, which is fostered by the preceding measure, for those who can escape since they are not salaried employees subject to oversight, is the blooming of the submerged economy. As a SECOND MEASURE they are considering a General Plan for Tax Supervision, which they plan to use to collect up to eight billion euros in the course of the new year. Please excuse my ignorance, but I believe that it will be very difficult, in spite of the vigorous action of our Tax Authority, for this amount to actually be incorporated into the federal budget, unless it be as one annotation more that has not been accomplished. This is because  procedures of this sort take a long time, and secondly because not all of it is collected. Now that we have come to this point, the possible outcome with a good chance of occurring, as I understand it, with an apology in advance if I blunder or misspeak, is the blooming of the submerged economy by the applying of a tax toll (a tax amnesty?).

There must be something in the taming of horses that I obviously do not know how to see and that they do see, which contradicts what they showed me at the University and my years of experience.  With decrease in domestic demand, public spending, investment and exports, is growth possible? This is not the previous government’s belief that all is possible but rather the  squaring of the quantum circle. 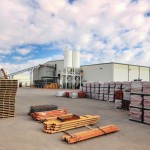 Now the next measure to be adopted is the LABOR REFORM. To be sure, I hope that it will not be so complicated to apply as the most recent internship contract, which were going to promote the hiring of recent graduates and at this point cannot be used. This year and next year I do not expect much from this reform, whatever form it will adopt. As I already commented, I predict that unemployment will near 25%.  This is true for very simplistic reasons that it seems nobody is taking into consideration, although I hope that they do, as easy as it is to hire:

“Among its main conclusions, the study once again emphasizes the importance for employment of small and mid-sized 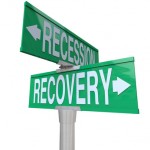 businesses in Spain; they are authentic containment dams when it is time to maintain employment during a crisis or create it in times of plenty. 99.9% of the business units (excluding agriculture and fishing) are micro-, small- or mid-sized, and again in 2010 they represent roughly 68% of the value added in the sector of non-financial businesses in the Spanish economy, and 78% of its total employment”

Clearly, all the preceding does not help convince the horse of confidence to approach us. Especially since in order to feed the four horses we need liquidity and financing, and those who used to provide it are exhausted.  The current lines being thrown by the government are to make payments for actions that have already been performed and for maintenance. Either they must facilitate and increase credit for the small and mid-sized businesses, instead of thinking so much about public and/or financial entities, or, no matter how many additional measures are taken, the horses will have gone wild when they deign to notice. And I am speaking only of maintaining the economy and not of growth, here it may be the case that I am making a mistake again and there is a new course in economics that I have not taken, but how do they expect to grow without financing that in turn finances this growth? 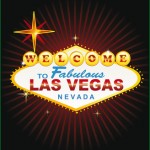 Well, … in the end everything is based on the most ethereal, swiftest and wildest of the four horses which is confidence. In order to win confidence, you have to take transparent and credible measures. Up to now this has not been the case, they take small steps, since perhaps the citizens are like children and cannot digest the truth of what it happening: they bolt and wind up making their own decisions.

In conclusion, so that all the measures that they are going to adopt may bring us out of the current crisis, the first horse that must be tamed is confidence, and this is understood not only at the international level, which they have already begun to do, but more importantly at the national level. Increasing the confidence of the agents that take part in the economy will encourage its growth. But good will and words will not be enough, they have to get on and fall off several times until we see and believe that they will achieve it. At this moment I will predict fresh growth.

The 200 richest people in Spain and the lottery.

A cradle for entrepreneurs?

SPANAIR : The misunderstood game of lines