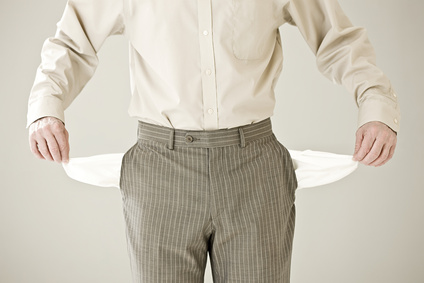 Some of the reflections put forward on the Spanish crisis are both headline-making stories in themselves and at the same time generators of debate. Their profundity is such that a high level of knowledge and analysis is required to know if they are valid and true or if their implementation would achieve the desired results.

Two economists, Raghuram Rajan, Professor of Finance at the University of Chicago, and Michael Pettis, Professor of Finance at the Guanghua University in Beijiing, were interviewed by two different Spanish newspapers (El País y La Vanguardia). After a lengthy introduction in which they analyzed the international economic situation, they were asked about the Spanish economy. For me it felt like having to eat a pudding when you’re already full from a three-course meal.

The newspapers are full of interviews of this type, but they need to be treated with caution. Such economists have usually studied and understand the global environment as far as developments in the big economies – basically the G8 countries – go, but their knowledge of the Spanish economy is not as deep and is sometimes based on what other economists have said. Their comments about Spain were as follows:

For Portugal, Spain or Greece, although they might not want to be lumped together, the fiscal margin is certainly limited by market uncertainty. I believe there is no alternative, because the market is not prepared to finance deficits and the countries themselves are not going to want to turn to the IMF or EU for financial support. But that can be useful if, as I think is happening in Spain, the reforms are adopted in order to increase growth.

Raghuram Rajan. Professor of Finance at the University of Chicago

Spain has a current account deficit problem that it was offsetting with a positive capital account. But if the lack of confidence slows down the influx of capital or if there is a flight of capital, the adjustment will be much quicker and more painful.

Michael Pettis. Professor of Finance at the Guanghua University in Beijiing

The two statements above led me to dig out the reflections of various figures who took part in the meeting of the Círculo de Economía[1] held on 27-29 May, considering that the participants are thoroughly immersed in the Spanish situation and of course know and suffer it at first hand. My reading of these reflections led me to extract a series which, taken individually like tapas served at the start of a good meal rather than for dessert, can generate debate or represent an idea worthy of careful and attentive analysis. I ask only that everyone draws their own conclusions and enjoys the meal.

One factor affecting the competitiveness of our business base is its scale. Spain is, along with Greece, Italy and Portugal, the European country with the largest percentage of small and micro enterprises. 70% of companies turn over less than 10 million euros a year, compared to 50% in countries like Germany. This problem of scale makes it more expensive for our companies to export or to invest in  R&D or training.

The point of taxes is not just to raise them but also to use them to stimulate economic activity, which in the face of the current crisis means selectively reducing some taxes such as social security, for example, which would encourage employers to take people on.

We need to bear in mind Spain’s demographic development, considering that, after the uninterrupted growth in our population over the last 10 years, a contraction of some three million inhabitants could create all sorts of problems for the situation in our property market, which is already serious enough  as it is.

Fiscal moderation instead of measures like the wealth tax, which is little more than a smokescreen to distract public opinion from the fact that the current administration has cut back social entitlements more severely than any other since the advent of our modern Spanish democracy. 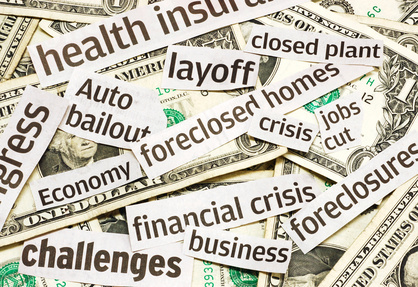 Artur Mas. Leader of  the Convergence and Union Party (Convergència i Unió)

We must rediscover values such as austerity and sacrifice – or, in other words, to learn how to work harder without earning more. True patriotism lies in helping the country overcome the crisis, and in making it clear to all levels of society that as well as having rights, we all need to make sacrifices.

The Government’s decision to extend unemployment benefits cannot be criticised from an ethical point of view, but it is a causal factor in, for example, immigrants not returning to their countries of origin. By contrast, during the oil crisis, half a million Spaniards working abroad came back to Spain, although things here were worse than in the rest of Europe.

Miguel Boyer. Former Minister for the Economy, Revenue and Tourism

The Spanish crisis is basically one of liquidity. The Spanish debt is lower than that of France or the UK. But because of the Greek precedent, many investors are now wondering if the European Central Bank would be willing to do act should Spain happen to lose access to external funds.

Daniel Cohen. Professor of Economics at the École Normale Supérieure and the University of Paris-I

Spain was seen as the Florida of Europe, a prosperous residential park for older people. The situation in Spain today is more similar to that of Argentina in 2001 or South Korea in 1998 than to that of contemporary Florida.

Dani Rodrik. Professor of International Political Economy at the University of Harvard

We need to convey to the people the hope that we will pull through, that the required sacrifices are worth the pain, and that Spain is made stronger by adversity because it has never made do with settling for mediocrity. The time has come to stop insisting that the Government has got it wrong, half measures or not, and for everyone to start laying the foundations, in their own sphere, of the new Spanish economy.

In a study carried out by UNESPA (the main Spanish insurers’ organisation), the profiles of different contributors classified according to their educational levels and social type were taken and the individual balance of each one was analyzed from the perspective of our social security. The result shows that the individual balance is negative for all scenarios, so that, at  the current value of the benefits we expect to receive as contributors, we will always have put in less than what we expect in return.

The Spanish pension system is much more generous to low earners than to high ones. This system could pose some problems in the future because workers 10 years from now are going to have a level of culture and training way above the current one, as a result of which they are not going to accept that the end of their working life obliges them to retire at 65 on an income that is considerably less than 50% of their salary.

In Spain we need to put into perspective what our challenges, problems and possibilities are, because instead of discussing them we are embroiled in a mounting accumulation of discredit that is observed from Brussels with a certain amount of stupefaction.

[1] A prestigious economic forum, generally liberal and pro-European, founded in Barcelona
Ideas for the economic debate: a selection of Spanish tapas

Business Intelligence Services: THE FUTURE?
My Darling Candidates: Tales of a Headhunter