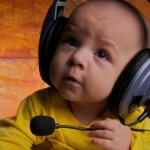 They told me in the course of a personnel selection process: “Felipe, the candidate is more than fifty years old, and at this age managers are generally looking for someplace to retire.” WELL I DON’T AGREE.

What determines a person’s capacity for a job is attitude and motivation: people who were tired already when they were born will continue to be that way, and people who have talent will still have it and develop it regardless of their age. The problem is that it is accepted, erroneously, that a professional career is a sprint, when in reality it is a long distance race that lasts more than 40 years, and professionals are not prepared for it, nor do they prepare themselves for it. An example of this would be the intensive pursuit of training at the beginning of the career in order to later live based on daily experience. WELL I DON’T AGREE. It has always been the case, and currently it is even more so, that the person who does not build upon his knowledge and explore useful application of his talent to the new environment is obsolete, and it is not a question of age but rather of attitude.

Now that we have arrived at this point, I would separate three concepts that evolve with the passing of the years but do not diminish the professional capacities: they 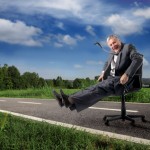 must simply be adapted. A manager must realize that these three concepts are subject to change, and for this reason, he must adapt his long professional career to them by adapting his intelligence, developing his talent and achieving physical fitness.

First, intelligence, in the broader sense coined by Howard Gardner, who recently received the Prince of Asturias Prize in Social Sciences. Gardner’s sense establishes multiple intelligences: musical, bodily-kinesthetic, logical-mathematical, linguistic, spatial, interpersonal, intrapersonal, naturalistic, spiritual, existential and moral. Everyone has some one of these, and they can be stimulated in the course of life. Some of these develop with age and others diminish.

Next, talent, in the sense coined by Daniel Coyle of capacities that persons possess that are extraordinary with respect to other people. He operates under the assumption that these capacities can be trained, and hence, with good motivation, large doses of myelin and a good teacher one can become a talented person.

Lastly, physical fitness in the sense explained by Emilio Duro and his Optimism Quotient. Since it may be the case that we are not able to take care of ourselves, our

Some examples of creators and gurus who were more than 50 years old prove this to us each day in the field of innovation and creativity:

Ferrán Adrià who gave courses at Harvard on the innovative use of cooking and foodstuffs in the fundamentals of physics and engineering.

Edward de Bono and lateral thinking, which enables creative decision-making and problem-solving outside the framework of more

Benjamín Zander and his Art of Possibility, according to which each of us creates our possibilities by continual questioning our orthodox, preconceived form of thinking.

There are more examples in the creation of large companies:

Ray Kroc of McDonalds, a blender salesman who knew nothing of the restaurant business and less about the fast food concept, who at the age of 52 impelled the McDonald brothers to construct one of the most successful businesses in the world.

Harlan David Sanders of Kentucky Fried Chicken, who at the age of 65 created the embryo of another successful chain of restaurants with a social security check.

Without going into the cases of Kroc and Sanders, the objective is to eliminate the idea of age as an obstacle and plan your professional career without considering your employability to be diminished by it. We have to be able to eliminate the list of disadvantages mentioned in the study ‘Work after 50’, conducted by the Spanish Confederation of Seniors’ Organizations (CEOMA) due to which companies resist hiring members of this collective; “high wage costs”, “high costs of dismissal”, “resistance to change”, “inadequate training”, “lack of functional mobility”, “low motivation”, “low productivity”, “lack of geographic mobility”, “obstacle to promotion of their subordinates,” “loss of physical capacity” and “higher rate of absenteeism.”

For these reasons, I DO NOT AGREE that when a person is over 50 his professional career is over, ending one’s career or not depends on each individual. If the necessary steps are taken, it will never end, and this does not depend on a numerical classification such as age, but rather on the individual.