Since the beginning of this crisis, both cinema and television have taken on the world of business as their inspiration source –at the end of the day, we spend more than 60% of our conscious time at work. The “management” and the “business” issue are stepping hard into TV and cinema screens –all with abide from the audience and the Academy Award to INSIDE JOB as best Documentary, which confirms it. Using interviews as a linking device, this film tells us about the causes of the financial crisis which was rooted to the unscrupulous ambition of financial giants like Lehman Brothers or Merrill Lynch, amongst others, who did not hesitate to spread this germ onto the public administration, universities, regulatory agents and finally, on to consumers.This idea of greedy money that never sleeps was already highlighted in WALL STREET 2with Gekko and his financial managements and more gently in the use of privileged information, an advance of what was to come, in the first part. However, before this Award was given to INSIDE JOB and more concretely in the last two years, screens have not stopped showing “the case method” for managers from different angles and points of view. 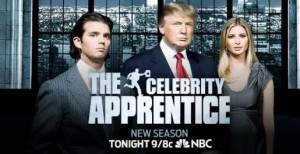 Every manager worth his salt should have begun his career as THE APPRENTICE –the only example I will talk about which had its Spanish version with Luis Bassat in the lighter, and more paternalistic role of the well-known “shark” Donald Trump. This context, where potential managers (apprentices) must convince their boss that they are the best candidates while overcoming all kind of “corporate” tests, shows the ambition every good manager must have… according to screenwriters, that is. The winner takes it all,the loser is sacked–a reflection of what success in business is which goes down pretty well with the American way of thinkingand which is still reaping high audiences in the US.Pretty similar to the popular and litigious creation on Facebook –turned into a blockbuster THE SOCIAL NETWORK, where an apprentice becomes number 52 in the millionaires Forbes 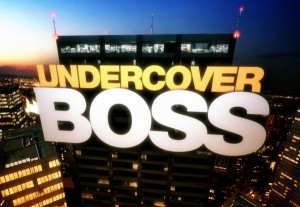 On the other side, those managers who are already established should try and get some examples from the brand-new and trend-setting TV series THE UNDERCOVER BOSS. While in the previous examples, we were talking about professionals who wanted to climb up the corporate ladder, in this one, it is big bosses who, undercover, get to work in their own companies as if they were one more employee, getting to situations where they are fired on their very first day because they could not do their job properly –as in the case of the President of Waste Management (someone who manages 45,000 employees) or embarrassing situations like those of the 7-eleven CEO and those doughnuts being thrown away instead of being given away to food banks or the Hooters CEO who sees how their clients perceive certain practices as sexist or chauvinist and sees how their employees had a better opinion about his father’s management than his. With the passing of chapters, managers realise how decisions they had made at their desk are affecting their employees and the running of their businesses themselves. They were also able to see how their employees accepted or rejected those decisions and how these decisions affected their clients.What a comprehensive business refresher course! 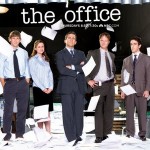 There is also time for the trendy TV series like OUTSOURCED, where an American company, Mid American Novelties, decides to move its call centreprocess centre to Mumbai, causing a great deal of situations which have to do with the cultural clash, where Americans try to explain their way to do business while Indian try to explain their way to see life. Such a habitual process in today’s business world as the process of outsourcing “offshore” and the internationalisation of a company. Nonetheless, the true king of theses sit-coms based on the relations between employees comes with the award-winner and still-on TV series THE OFFICE, where a boss who likes to think of himself as a natural-born team leader lives with all the stereotypes which employees usually have to put up with, from the salesman who agrees to everything but finally does whatever he wants, to the self-sacrificing receptionist or the social-climbing colleague in a grotesque network that everyone of the viewers can instantly recognise in their company –leading to the series success. 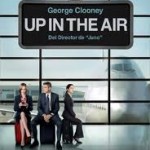 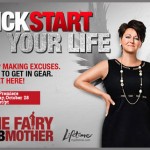 The reality of unemployment is pictured in THE FAIRY JOBMOTHER and in UP IN THE AIR. The first one is a TV series where some kind of super-advisor, someone who’s both a friend and an expert in outplacement, helps families whose members are on the dole through advice and motivation so they can get a new job and get back to the labour market. The latter is a film where one can see the kind of situations that arise when companies decide to fire their employees by means of another company –expert in doing so– where George Clooney plays a manager who has actually made of this uncomfortable experience his speciality, turning it into another process of his business.We must also highlight the change in the mind of any manager when it comes to finding your place back, once you have lost your job and therefore you must face a whole new life with brand new situations, like in the case of THE COMPANY MAN, where Bobby Walton (Ben Affleck)is a successful executive who has a 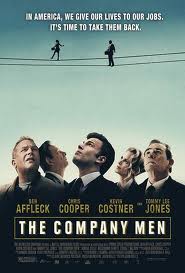 good job, a good car, and an even better family but loses his job and after going through the infamous coaching and outplacement sessions, works at places where he is overqualified and where the case method most M.B.A.’s offer is useless. He then has to re-invent himself again and has to become a new person, coming to think that work is not everything in life anymore and so he realises he had wasted his life when he was a manager.

Lastly, this review comes to what, in most Human Resources statistics, always appears with a really low mark according to employees; bosses. In HORRIBLE BOSSES, this mark is still there but in this case, it is three friends who have to deal with their bosses. One of them is a true dictator and manipulator, another one is a stalker and the third one is a greedy heir. The three employees dream of a way to “get 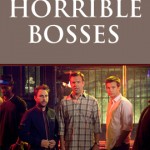 rid” of their bosses while they try and survive at their jobs.

This has been a comprehensive walk through fiction management from which we van get lots of lessons and where we can see, just like everywhere else in life, lots of good guys and bad guys.

Inside Job, Undercover Boss, The apprentice…

How many businesses for Managers!