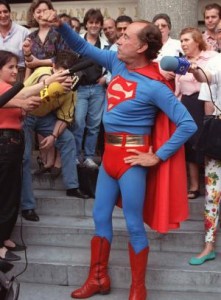 Any salesman who takes pride in his position should see Glengarry Glen Rose and all head-hunters should see The Grönholm Method; seeing them together is compulsory for any manager.

This thought came to me when I recalled two old anecdotes, the fact that companies are offering jobs in sales and the recent premieres of these plays, whose plots are very similar.

The former premiere stars Al Pacino on Broadway in Glengarry Glen Rose; it was written by David Mamet and won the Pulitzer Prize. The play shows us how professional salesmen try to survive in the American real estate market during the grave recession in the 1980s, similar to the current situation in Spain. These salesmen, impelled by the recession and the unique incentive method implemented by management (the loser gets fired), reach unsuspected limits in order to close sales and survive.

The other premiere will be the television version of the famous play by Jordi Galcerán, The Grönholm Method, which was also made into a film. The television version stars Jordi Boixaderas, Lluís Soler, Roser Batalla and Jordi Díaz. A group of candidates, each with their own traits and different goals, opt for the same job

and go through a selection process in which they eliminate each other. Just as in the other play, they reach unsuspected limits to get the job – the prize – while the rest lose.

Much has been written about each piece separately and their vision of two regular processes in company management – sales and recruitment. Both pieces, however, ruthlessly deal with the insane and addictive competition that certain Human Resources Management actions and policies can unleash in the search for competitiveness at all costs, come hell or high water; and even more so in times of crisis like the current one.

And yet when I talk of Glengarry and The Method I also think of two anecdotes about two great salesmen. One concerns José Manuel Lara Hernandez, the founder of Grupo Planeta, and the other José María Ruiz Mateos, the founder of Grupo Rumasa and its sequel, currently accused under law for that addiction to sales. 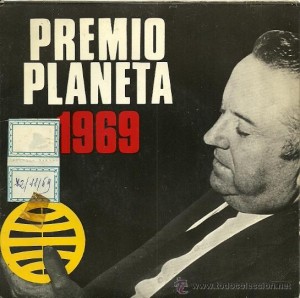 In the first, back in 1989 José Manuel Lara told me how he motivated his sales people and did so in the following explicit way: “Whenever I met the sales team, all of whom I knew personally, I also asked them about their families, their cars, their houses, about their holidays or just made some kind of comment about their clothes, and then (with that jovial nature of the supreme salesman that characterised him) I pointed out to the salesman that with his sales figures he should have a better car, a better house, better holidays and wear a more expensive suit. In the end (he rounded off) you have to create the need and if a salesman, whom we already pay very well, doesn’t have it, it’s difficult for him to sell”. The person who told me this openly admitted he read very little, but he managed to get a book into just about every home in Spain, so he must have known a lot about sales.

In the other anecdote, at a lecture in the Economics Faculty in 1981 I asked Ruiz Mateos, at the time riding the crest of the wave as a cult entrepreneur and a model to follow, about his relations with the Vatican Bank, the Ambrosian Bank and if they were financing his expansion. Given that the question was at the time controversial, he answered in a vague and incoherent way, concluding that I was a young undercover journalist. He invited me to visit him in his office where he would explain what he had just said in greater detail. I thought about calling him until I spoke about it to two other people; one a faculty professor and the other a 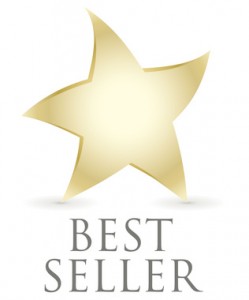 mentor who at the time held a relevant post in the Investment Bank. Both of them knew Ruiz Mateos well, and both agreed that one thing was “whatever Ruiz Mateos was like, regardless of whether he looked like he didn’t know what he was talking about in public, in a more intimate atmosphere, in the presence of one or ten other people, you go in with one idea and come out with the idea he wants you to have, he’s a unique salesman, much better than any other”. He has shown this many times over the years.

JOB OFFER – SALESMAN. From GLENGARRY and the GRÖNHOLM METHOD to LARA and RUIZ MATEOS