If an investor would ask my advice about the next asset to acquire, I would not doubt it: land with high levels of groundwater. I am aware that rural land in Spain is devalued as a form of investment, but I would recommend that anyone who owns real irrigated land and not land with transferred water, should take care of it, and not sell it no matter what. The big food corporations continue to acquire land in Spain, among them the Pascual group or the Ebro, and the large landholders continue to expand their ownership in hectares. It is a silent trend that is not commented on in public.  In fact, if someone wishes to find out about the composition of ownership of agricultural land in Spain, he will find out that there are not many reliable sources.  Isn’t that strange?

The economic situation is causing some people to begin to look at the rural world as an option for life. This trend will only increase in the future, since due to Spain’s demographic structure, many emigrants will return to their birthplaces, when possible, and most importantly because the economic model will impel us to do so and to create rural agricultural centers, if there is still land left for us to use.

The major trend in world population today is that in the year 2050, some 6 billion persons, the equivalent of 75% of the 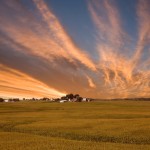 population will live in cities. In fact, it is a path that we experienced in Spain in the years of the dictatorship from 1939 until 1970, due to the low productivity and low use of technology in the rural world, the lack of opportunity, the situations of misery and poverty, and the dawn of the industrial economy located in the belts of the big cities.

In that era, three factors were still absent that today serve to promote this migratory situation even more at the global level: 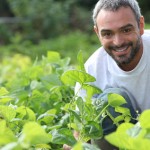 If we rule out wars, the only remaining option for concentration of land is its purchase, wherever it is, that could meet these three needs even at the cost of eliminating traditional ownership and crop systems which are based on the small-holding economy. This system offers no other alternative than the emigration to urban centers in order for its former “owners” to continue to subsist. The big corporations and government agencies are involved in this.

With our current economic model this rural exodus has various problems. The large urban concentrations create a non-sustainable environment both from the economic standpoint of where these persons will work, and what they will eat, since precisely the rural environment that they have abandoned will concentrate the capacity to decide about the forms of distribution and production, and also from the standpoint of energy and the environment, since the urban infrastructure cannot withstand this avalanche of p 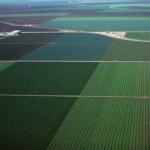 eople. You only need to look at the ghettos that already exist in many cities.

Finally, I would like to join the trend of the sociologist Saskia Sassen. As Sassen states in an interview in El País “we had a system based on consumption. The chain was broken. With the worker’s salary, it is no longer possible to maintain the consumption.”  It was the call of the city to a better form of life that promoted economic growth, but there is no longer a need for these persons. There will not be work for everyone in the cities. This leads me to confirm my assertion that a migratory trend exists in Spain and other Western countries from the cities toward the rural areas, not as an unusual option, but rather as a lifestyle model and an economic option. And this movement will create business opportunities, or lifestyle opportunities that we are still unable to see.

LAND WITH WATER. The next opportunity?

SPANAIR : The misunderstood game of lines
CAN WE CREATE 1 MILLION JOBS IN SPAIN?