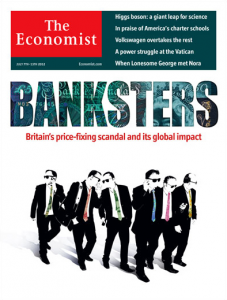 Whoever believes he has seen everything in the financial world should wait to see the coming tsunami that has just broken in the UK with the manipulation of the LIBOR and EURIBOR. This will certainly reach us and with the question of whether the interest rate that I paid for my mortgage or loan was legally correct, even the bank vaults will tremble. For the time being in Spain we have not paid too much attention to this, but get ready and let’s fasten our seat belts.

This was the last straw, it never rains it pours, and this will not be to the liking of certain financial institutions that have not yet recovered from subprime lending, not to mention the tight liquidity and solvency that our economy in general and the financial system in particular are suffering. This is bad news in itself, since it undermines the very essence of the financial system: TRUST. The good news is that the financial system will have to reform and innovate so that it becomes safer and more transparent … or so we hope.

Does this mean that with these practices, focused for the time being on Barclays, consumers, companies and entities have been paying more than they should for the interest rate on their loans, as they were fixed fraudulently?  Will this give rise to massive lawsuits and claims throughout Europe? Everyone should reach their own conclusions, but it might just become the largest fraud in financial history. 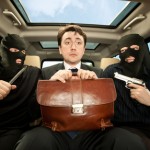 at which from 8 to 16 banks, free of all suspicion and with all the guarantees, are ready to borrow money. From all the offers the highest and lowest 25% are eliminated. From those remaining an average is calculated and thus the LIBOR is fixed, with which millions and millions of loans are indexed. Obviously it is so simple that trust is something essential in these movements. The most important is the dollar and Pound sterling Libor at 3 months, although it is calculated for 10 different currencies, among them the Euro.

The calculation of the Euro InterBank Offered Rate – the EURIBOR – is carried out in a similar way to the LIBOR. In this case banks enjoying recognised solvency and major monetary importance in the EU publish the interest rate at which they would borrow money in Euros every day, and in this case the highest and lowest 15% are eliminated and the average is calculated from the remaining 70% to obtain the EURIBOR.

For both the LIBOR and EURIBOR indices – see BANKSTERS in THE ECONOMIST – traders from Barclays and other financial institutions applied transactions in a deliberate attempt to alter the price of both indices for their own profit. There were two ways of doing this, one to generate losses or profits and the other to feign solvency that they did not have. The first took place from 2005 to 2009 and the second from 2007 on, when the financial recession began. For the time being American and English monetary authorities have imposed a fine of 390 million Euros on Barclays and this has just started, since Barclays has come into the spotlight because the entity decided to co-operate with the regulators.

As a result of this, the necessary trust between the lending and the borrowing parties has been shattered. In this scenario the doubts and questions can go from if the financial institutions have practised cartel politics (agreements among companies that limit free competition in a market, with the purpose of reducing or eliminating competitors in order to obtain greater profits) to their own benefit, to the most domestic and particular questions about whether the interest rate we are paying for a mortgage is what we should be paying, as it has been calculated, supposedly, in a fraudulent way. It is worth mentioning that in this case almost all Spanish mortgage loans are indexed by the IRPH (Mortgage Loan Reference Index) or the CECA (Spanish Confederation of Savings Banks) index, both about to become extinct, without forgetting the MIBOR, as substitute indices in case the EURIBOR disappears. For all these reasons and to make things even more complicated, as the scenario will soon become, last month the Interest Rate Swap or Exchange of IRS interests appeared on the scene. This will be applied by financial institutions as a substitute for the EURIBOR (or if they can, as a reference) that is calculated, no less no more, with an 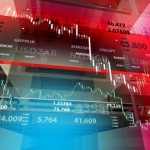 average from the future interest rate market at 5 years – that is to say, easy to understand.

Finally, and to highlight the importance of the matter, allow me to highlight Clause 26 – variable interest rates – in the recently published Order of Transparency and Bank Services Customer Protection, where it is stated:

“In case of loans granted at a variable interest rate, credit entities shall only be able to use indices or reference rates that meet the following conditions: a) They should be calculated at market cost and not be prone to influence by the entity itself by virtue of agreements or practices consciously parallel with other entities, and b) the basic data for the index or rate should be calculated in accordance with an objective mathematical procedure.”

FOR A WAY OF BANKING?

BANKIA. The Alphabet Game.
7 effective ways TO FIND A JOB