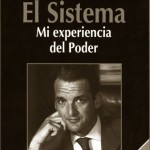 I have seen Mario Conde (http://www.marioconde.org/blog/autor/) from a different point of view; different to the one I had as Banesto ex-shareholder. I liked that. I attended the lunch he organised and then I went to the talk that was scheduled. It had the title, “Financial Crisis; new paradigms”.

There were two things which captured my attention before the talk could even begin: the rallying power he’s got in general and the charm he seems to project amongst his female audience in particular.

To see a person who’s been the paradigm of financial power in Spain in the 1990’s, who made his way up rapidly and enjoyed the favours of companies, who fell down to hell and currently has a life project which has allowed him to get over and start again… all of it make him a great example. This has nothing to do with whether you agree or not with his ideas and approach to life.

His talk went through different aspects and soon got to captivate his audience. He made some kind gestures towards different friends who were there and he got to round off his performance in a way many bullfighters would love to copy: all because Mario Conde has something of a bullfighter; first in business and now in life.

He reminded us of his great respect for Catalonian society, admitting that his experience over the last years has allowed him to live amongst the ones up there and also amongst men down here. His initial presentation was rather mystical; he’s a continuous applicant for freedom because he knows himself well and counts on a transcendent sense of men.

He used this first idea to link with the proposed subject of the talk: the current crisis has been caused because of our behaviour and our way of thinking. This is; because of our values, which have allowed this financial crisis to happen.

The concept of financial wealth (Financial wealth in Spanish families) which was coined in these years of quick bucks and speculation, and which paved the road for non-productive enrichment and greed, undermined the individual values of people and resulted in the current crisis; this is just a fallacy. 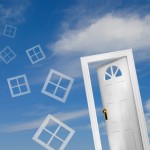 The financial system, for the sake of financial wealth, announced that size was the most important thing, announced that this supersizing would result in efficiency but: who for? What for? Out of all the Banks on his Banesto heyday, there are only three mega-Banks today. Were they after immunity for their size? Well, as we have seen now, they are so big that they cannot be allowed to fall down. The point you are making sound pretty interesting. It actually shares the idea of the declaration Barack Obama made on the 17th April about the financial system and its current position, which matches the idea pointed out by Mario Conde. See video http://www.whitehouse.gov/photos-and-video/video/weekly-address-holding-wall-street-accountable

He moved on to highlight the value of credit, something which is not currently being applied by Banks. These banks have to go back to providing credit normally, making it easier for companies to get over and start employing people again. They are choking both companies and entrepreneurs; this is why they should go back to do what they do best –let the cobbler stick to his last. This is what banks should do: go back to their traditional business, and this is: mediation and credit supply.

Finally, he gave out a message, something for us to think over in order to get out of the current crisis: he defined university as the best breeding ground for these new ideas and as an active player when thinking about our values all over again.

In conclusion: with his words, Mario Conde wanted us to stop for a second and to think for ourselves about the extent of our actions and our former positions, which had led to this situation of crisis; all in order to make us change these positions and get to them form a different approach.

Mario Conde, a way of things…