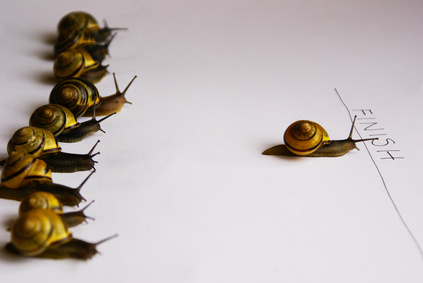 What is it that makes us carry on with a project or a business idea? The most usual answer is the fact that we strongly believe in our project, we believe it will be successful despite all odds, despite all saying the opposite. Most of us cannot evaluate whether that project we wanted to launch would have been successful or not, since most times, those projects die even before having been born. I am not going to talk about those projects that were never born, but I am going to comment on some business ventures which were successful indeed because of the will and the drive of a stubborn visionary who forecasted the market’s evolution. And I am also going to comment on some other people who failed because they got there too early with regards to what the market needed at the time. I once heard the President of the Spanish food company Casa Tarradellas say that, had he not been the owner, he would have been sacked at every single one of the projects his company launched in recent years and which have led the company to a turnover of €580 million in 2009. In all previous market researches, carried out by consultants and experts, nobody saw how those projects could get into the market successfully, and this was also confirmed in the first few years after having been released, when the projects did not make the profit he expected. In spite of this, Tarradellas did not quit these projects, which were against what the market seemed to need at the time and were against the experts’ approval. The projects included the first use of an individual glass for pâté packing in 1987, the marketing of sliced cold meat in 1990 or, more recently, the launching of refrigerated pizzas, which, caused problems to the Spanish leader in the pizza-delivery market, Telepizza, and which amounts for 80% of the market share for this kind of product in Spain.

There is another good example of perseverance, attributed to one of Nestlé’s executives, in the successful launching of Nespresso, founded in 1986 and who registered that system in 1976. From its launching, Nespresso had nothing but losses and was about to be closed on three occasions, but there was a member of the board at Nestlé who strongly supported the project (I have not been able to trace his name; I will certainly welcome ideas in this respect if any of you passes that name on to me): a journey across the desert that lasted 20 years until the results changed. What our Nestlé’s executive had foreseen, against all odds, was that the market was getting ready to accept this kind of product / service and so he did not give up. Just like the digital camera revolutionised the pictures’ sector, which was invented by the main engineer at Kodak, Steven Sasson, in 1975 and that was not launched for commercial sale until 1990, getting their first great results with the coming of the year 2000. During the first years, none of its competitors believed in this revolutionary project and then, one day, it was too late for all of them –all but Kodak, of course.

There are also cases when a project was abandoned because of its failure, although with the passing of time, they have proved to have arrived far too early and so they were later adopted by a competitor. This is the case of the Newton agenda, launched by Apple in 1992, which allowed, already in those times, for writing recognition and which was later withdrawn from the market, when it could actually be considered the first version of PDA. This idea / project was then used by the successful Palm, launched by U.S. Robotic in 1997, which became the electronic device with highest adoption rate by its users up until that date.

However, the case of a “project being left too early which later boomed the industry” that I like the most is the story of Ron Wayne and the afore-mentioned Apple. Wayne was 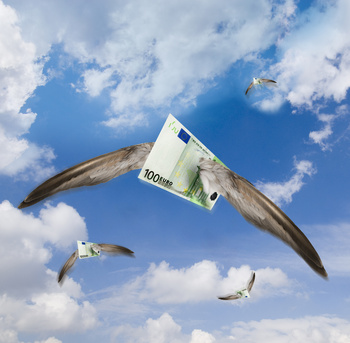 one of the three people who founded Apple in 1976, together with Steve Jobs and Steve Wozniak, just to sell his shares to these two because Ron Wayne doubted about the ability of Jobs and Wozniak to finance the project. About three years later, Apple already had a turnover of $117 million. Wayne said recently in an interview for the newspaper Mercury News. “Unfortunately, my whole life has been a day late and a dollar short”.

Whether from the position of an entrepreneur or from the point of view of an executive, the launching of new projects needs a strong conviction in their respective success. It also implies not feeling fear of the risk and the losses, but above all, it needs people, companies and investors who, aware of how difficult it is to set up new projects, can support such projects, even when many of them will not be born.