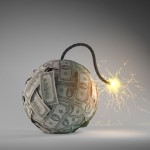 Housing has always been for Spaniards the best method of saving; it generates a feeling of wealth par excellence. A few years ago we were felt rich depending on what we thought our assets were worth; in the case of most Spaniards our house, and we spent in proportion to the increase in its value, either not saving or getting into debt. All this was based on its re-evaluation and not on depreciation of this kind of asset, given that the Spanish economy, and therefore popular knowledge, had never suffered so virulently until the current recession. But if when house prices were on the rise they generated a sense of wealth in consumers, why shouldn’t they create a sense of poverty when they don’t stop coming down?

All this has led me to provide an answer to the question that most house owners, whether individuals, real estate agencies or good and bad banks, are asking: How much is my apartment worth and consequently what should my rich man poor man sensation be?

Assuming that an asset is worth what the market will pay you for it at a given time, the riskiest thing I can do is to estimate how much I foresee the price of housing will come down over the next two or three years, and thus determine how much poorer I am 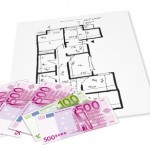 going to feel in a very simplistic way.

My first step was to read Oliver Wyman’s report dated 28 September and in particular, the part related to the evaluation of assets recovered by the banks under analysis.   These assets add up to approximately 88 billion Euros, which is not their market value but the value of their recovery. It is determined in the study that the losses on the prices of the new and second-hand assets recovered – let me say again that this is not their market value – is projected at between 50 and 52%, while the depreciation foreseen for the land is 80%. We should add to all this the fact that the value of the loans related to the assets has been estimated at less than 80% for 75% of the mortgages. Assuming these references are correct, we could say that the value of houses could go down by 60% (50% estimated and a further 10% estimated discount on the value of the asset assigned by the bank in its balance in comparison with the original purchasing value), from now to 2014 in comparison with values as of 1 January 2012. 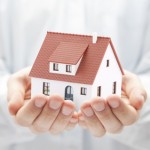 My second step was to try and answer the following question: What kind of assessment will The Bad Bank (SAREB) apply to the property assets it incorporates? The bad bank will be the largest real estate agent in Spain. If this entity has to make profits and be viable for several years so that it can sell these assets off, the houses it acquires will be subject to an additional discount. If I think that it should have an operative margin of at least 10%, this means that it will acquire houses at a value that will be at least 70% of their value as of 1 January 2012.

My third step was to analyse the market and the existing demand. I rejected the classical methods of evaluating hedonistic assets, those which have been historically applied by appraisal companies, and I went rather to the study that best fits in with this situation; the one by François Ortalo and Sven Rady entitled “Housing Market Dynamics: On the Contribution of Income Shocks and Credit Constraints”. This study explains that the most important element to boost the real estate market is the potential of first-time buyers, i.e. young people, to face up to buying a house, thanks to their income and credit availability.  The panorama in Spain for both components regrettably leaves no room for doubt over the next 3 years.

To  all this, i.e. demand with no purchasing power and no availability of debt, we have to add the housing stock both new and unsold, between 670,000 and 818,000 depending on the study you consult, the bad bank’s urgent need to reduce its stock, the deterioration of the economy that will force many families and investors to get rid of houses that they are not using, greatly 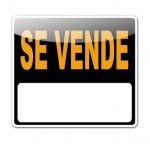 increasing the stock of second-hand houses, and the fact that the estimated market demand could be between 100,000 and 140,000 new houses annually, and so the panorama seems quite bleak. All this forces me to think that if I add another 10% to the depreciation that the Bad Bank agents should apply to assessments for their acquisition, I will not go far wrong.

With all the above I have realised that I have stopped being rich and become poor, since the value of my apartment, using the assessment of January this year as a benchmark, will fall by 80% over the next two or three years. That is to say that whoever bought their house in 2006/2007 will see its value fall by 85%.

This is indeed a sense of poverty and I hope I am wrong. If I am not, then we will just have to be poor and feel rich so that we can relaunch an economy in headlong decline.

7 effective ways TO FIND A JOB
JOB OFFER – SALESMAN. From GLENGARRY and the GRÖNHOLM METHOD to LARA and RUIZ MATEOS