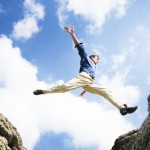 Wow… what a scenario to come back to after vacation, I haven’t slept well in days, and I am beginning to have nightmares in pesetas instead of dreams in euros, really frightening, what times those were and what a scenario we have before us today:

A stock market that inspires fear, where large and small portfolios have lost everything that they recuperated since 2009,

A constitutional reform, carried out in a race and with the wolves at our heels, why would this be?

A Greek government that doesn’t know whether it will pay, even though it says it will, which makes those holding debt issued by our Autonomous Governments start to tremble, so as not to speak of those holding Greek debt,

A USA that has agreed to a debt ceiling, with a China that is preparing to strangle it financially, if the Americans don’t strangle themselves first, while the Americans will not force a dialogue on armies or on human rights, 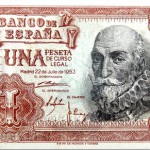 A drop in growth in Germany and France that is going to produce red numbers, since the black ones are no longer in sight, with new failures to live up to predictions for growth in the PIB,

A return to the question the solvency of some financial entities, I do not think that they could have forgotten something so obvious, unless it is because they think that the individual economic agents have no memory or intelligence,

A nation that has more than 130 newspapers, something of an exaggeration without counting the television channels and radio stations, must be the country with the most and the best informed readers in the world. …Could this be the reason?

An unemployment rate that, whether we like it or not, is going to rise to close to 24% 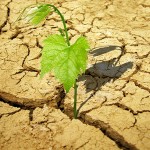 A definitive legislative modification of the pensions by a law published secretly and with a confusing title.  Has anyone seen a reference, in these 130 newspapers, to the most important cutback in social rights in the last 20 years?

Certainly it would have been better not to have gone on vacation, because we are significantly worse than in July and time flies. With this panorama, one could become an “indignant”, but without getting too foggy-headed to be able to put into practice the following:

A few years from now we will ask ourselves what we were doing in September 2011, and why we did not prevent it.