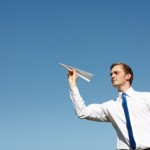 With the news of the end to the operations of the airline Spanair, the dream of having a company under the Catalan flag with a hub in Southern Europe that could compete with Madrid and/or Rome is over. This case will serve as an example to demonstrate that it is indispensable to know the business model in which you are going to invest and the leverage that makes it possible. I have been interested in the airline business since it served as the basis of a project that I presented at the Business Institute (Instituto de Empresa). In this project I found out what the slots are and what a hub is, the main elements of this big business that moves billions and that from its beginnings has attracted all sorts of investors, such as the legendary Howard Hughes, the many-faceted Richard Branson, the Serratosa or Lara families in Spain and more recently the Arabian sheiks of the companies Emirates, Quatar and Ethiad. It is also part of the great geopolitical power struggles such as the open airways between countries, now the USA and Europe and soon China, and the CO2 emissions quotas of the airplanes. It also serves as an example of great alliances / joint business ventures such as those of One World with BA and American (Iberia?), Star Alliance with Lufthansa and Sky Team with Air France and KLM, and in which the Chinese airlines Air China, China Southern, China Eastern and Hainan Airlines will soon unavoidably appear. But with this scenario and exciting ingredients we forget the essential, that it is a GAME OF LINES. 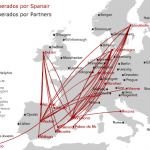 n the end, air routes are lines between the points that join them, if a passenger (cargo) wants to go from one point to another, he may need various trajectories, jumps, between these points with one or different airlines. For this reason the airlines study the best and largest flows of persons (cargo) between geographical areas to determine which connections of points are most beneficial. To this end, these trajectories, if they are long and require various jumps, make them pass through a logistical distribution point, which is where they concentrate their activity. So as to allow them to be more effective and efficient, this is what they call a HUB. These unions of points have additional restrictions, but there is one restriction that is crucial and decisive in the airline business: the SLOTS or landing and takeoff rights for airplanes at the points, the real bottlenecks of this business. These must be purchased (auctioned?) and while the more efficient you are at assigning these rights at the connections of the points by lines, the more and better options you can offer to the persons who wish to travel between these points using your lines.  Simple, right?

When the businessmen and the Catalan government made the decision to acquire Spanair, they failed to take into consideration what was explained in the preceding paragraph instead focusing on the point (Barcelona) and not the lines and points to connect, the basis of their business. For this reason the bankruptcy of Spanair, if it happens as announced, will not surprise me: rather I already had the material to compile this post prepared and thought out weeks ago.

The essence of this business is, simplifying, the capacity to maximize and optimize the connection of points by land, sea or air 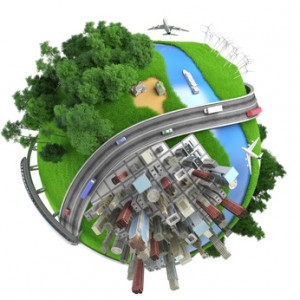 lines of a flow, whether it be passengers or cargo, which you must have detected previously as being enough to be profitable. The maximization obeys the quantity of restrictions that you have in this connecting of points, such as the Slots in the case of air travel. Hence it is a mathematical business model. Once you take into account its simplicity, you begin to understand the airline business, where the costs, the ground and cabin employees, the customer loyalty programs, the price and aggregation policies,.. etc., etc., come into play.

According to your level in this joining of points, you can be a charter company that hires airplanes to join them sporadically when there is enough flow of passengers to make this connection profitable or you can be a regular company that connects these points permanently, since the demand is constant, and these can be connects that are, in turn, short- or long-distance. Spanair began as a charter company joining the Scandinavian countries with Majorca with SAS and as a regional operator with Gonzalo Pascual, these origins were not so distant at its current moment in spite of connecting points, in most cases, at the medium range in Europe. I think that the Catalan investors made a decisive bulk error, such as not having a defined business model in this game of lines and connecting points. Their desire to pass from a strategy of point-to-point connection to a network without the initial bond with a first-class international brand, without well-defined financial solvency and without a well-structured cost structure, which was already very deteriorated due to the 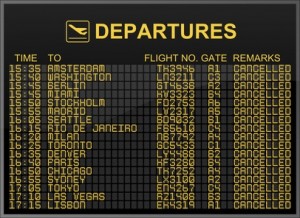 geographical factors, such as, for example, having the base of operations in Majorca, plus the results of the ill-fated accident in Madrid, made it possible to predict this finale in spite of the good intentions deposited therein.

We must not forget, moreover, that in spite of everything, this business of connecting points in the air has not been very profitable in general in comparison with other businesses and other sectors. The most recent cases of profitability occurred in those companies that have adopted the point-to-point operations strategy by competing in costs at these connections, as was the case of Vueling, which seems to be the only Spanish company will close this year with profits. One thing is clear: this point-to-point strategy does not allow you to enter the first division in this business, since it is based in your capacity to connect two points in an efficient although limited manner. In order to be in the first division, you must employ the strategy of connecting points into a network, with everything that this implies, which is where Spanair intended to go, without being prepared for it.

In the end, the money had to come from the East, as with the Three Kings. These companies have money and financing, which for

the time being are unlimited, and operations costs that verge on the ridiculous compared with those of the Europeans. Moreover, they are acquiring one of the limiting factors of this game, in order to diminish it, they have the money to do so, such as the slots. All this without a demand of passenger flow between their countries of origin that justifies it, they have understood this game well: here the airplanes are actually not the important thing. Hence they have the power to decide where, how, and when to buy Spanair.  In the end it is a game about lines and slots and not about airplanes, and if they do not buy them from Spanair, they will buy them from someone else since that is what really matters to them. With the slots they control when they open and close the flow in the line that connects two points, and the slots that Spanair does not use due to its closure is what the company is worth, and what the investors did not take into consideration in this game of lines.

In business, ideals do not work, what works is understanding the essence of the business model and its leverage in order to make it grow and improve. If you do not know this, you had better not invest.

SPANAIR : The misunderstood game of lines

How will 2012 go in Spain?
LAND WITH WATER. The next opportunity?