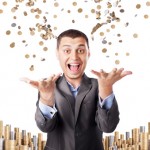 We are starting off the year with the news that we will have to pay more taxes–we should have seen it coming even though they said that it wasn’t–and with a hangover, since most of us did not win the Christmas lottery. These two circumstances will not help us get included some day in the list of the 200 richest Spaniards that was published last weekend in magazine of El Mundo, a local version of the famous Forbes list.  In this list of 200 fortunes what caught my attention was the Old Fortunes and the Lottery.

THE OLD FORTUNES: In this list there are not many young fortunes in the style of the American or Chinese fortunes. I find this worrisome, since being old fortunes, 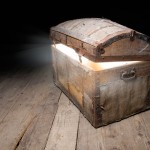 what they are looking for is safety for their assets. Something that I understand as damaging for the country’s economy, in general terms. Nevertheless we could use as examples the young fortunes of Amancio Ortega of Inditex with 28,283 million and that of Isaak Andik of Mango with roughly 3,000 million, and that’s not bad. It also shows where our economy is heading, unfortunately, and it is not heading to companies with new and innovative technologies. This does not mean that these fortunes do not invest and develop these businesses, but rather that their underlying fortunes do not come from these. In the future I would like to see in this list a Millennial with a fortune that has started from zero whose origin is not in entertainment or sports.  Although since we have seen the building blocks, these are the buildings that we will get. And in the end, money is money. In fact, even in the Forbes list there are cases of this: many of these fortunes are grouped by families, given the complexity of figuring out the individual assets of each member, and this is even more common in fortunes mature in their origin. 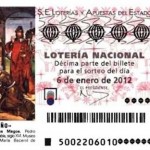 THE LOTTERY: I couldn’t find in this list, although I think she should be there, that lucky woman from Majorca who in 2009 pocketed 125 million euros, IN CASH !!!, the biggest lottery winnings in Spain. According to my calculations, if she had been well advised, her fortune could now be almost 180 million euros or more if she has bought real estate and applies the valuations that our honorable financial companies apply to these investments. In England, it seems that they are less strict with this type of fortunes, and the English couple, the Weirds, who in 2011 won the biggest lottery prize in the history of Europe at some 185 million euros were included in position 420 of the Sunday Times Rich List, at the same level as the Beckhams. 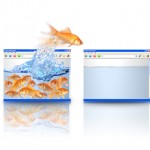 Overall, the global figures from 2011 for the largest fortunes in Spain and the total amount that we spent in the Christmas lottery have not varied significantly from the previous year.

I don’t know, however, if this is a good or bad sign, since right now I do not see a correlation, unless it be that the Rajoy administration finally decides to eliminate the national deficit that is on its way by starting up the IPO of lotteries once again. In this case, many of the large fortunes included in the list, since they are risk-averse and seek safe investments, will line up to take advantage of the lottery, and many of them, since they are ancient themselves, will be matched up with an ancient game that in 2012 celebrates its bicentennial. Nevertheless, I hope and wish that they devote part of their fortune to promote newly created businesses.

In the end, what I am most sure of, is that being an entrepreneur which is not the same as being rich, it is better to play the lottery, since as my grandmother used to say:

“TO GET POOR OR GET RICH IN ONE DAY IS A MIRACLE OF THE HOLY LOTTERY!!!”

The 200 richest people in Spain and the lottery.

A cradle for entrepreneurs?