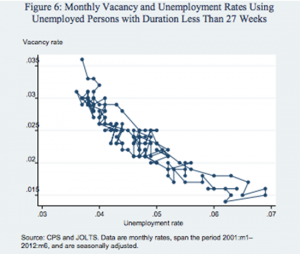 This 6-month rule is proof of the current HYSTERESIS in the Spanish economy, i.e. unemployment will remain even when the factors that caused it (the crisis) have gone. Be warned if you think that when the crisis comes to an end, unemployment will go down proportionally. 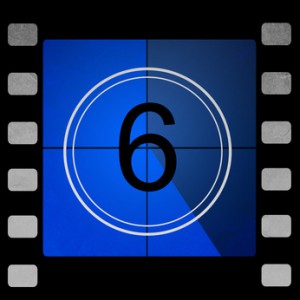 Ghayad and Dikens used the Beveridge curve in the American work market. This curve shows the relationship between the unemployment rate and the number of job offers existing. It would seem logical if at times of greater unemployment the time to fill vacancies went down, as initially it should be easier to fill them as there are more unemployed candidates for each job offer. There are various explanations for this in the study. The Management Professor at the University of Wharton, Peter Capelli, adds a few more on the Harvard Business Review blog network. I would recommend you read both publications to see and understand this phenomenon.

As far as the situation with the curve is concerned inSpain, I would recommend you read “El aumento desenfrenadodelparo: ¿cíclico o estructural?” (The uncontrollable rise of unemployment – cyclical or structural?) by Juan J. Dolado and Florentino Felgueroso, from which I have taken this graph, showing very clearly what head-hunters and recruitment agencies are coming up against recently. In other words, even if unemployment keeps on rising, the time required to cover job offers is the same as before the crisis. 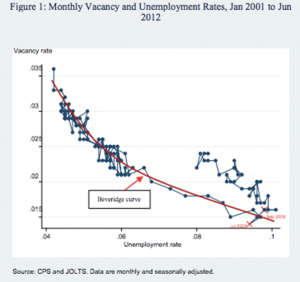 Despite the above, which is very interesting, I wouldn’t have gone any further given its academic nature, were it not for the fact that I was following some news related to Ghayad’s study. According to The Atlantic, Ghayad has just published another study (which I have not been able to find) in which he gives a practical demonstration of the 6-month rule. He apparently sent 4,800 CVs to 600 different job offers, 3,600 of which were false, with different lengths of time unemployed. The other data was the same in each one. The conclusion from the study is that companies prefer candidates who have been unemployed for less time. When a candidate has been unemployed for over six months, there is a drastic fall in the number of calls for interviews, regardless of whether you fit in or not with the vacancy – you simply don’t exist as a candidate. It’s terrible!!!

This confirmed empirically what I had already suspected informally and from experience.

AND SO THE TARGET IS: DON’T BREAK THE 6-MONTH RULE

I apologise in advance to the people we get to see as it is practically impossible to talk to everyone who asks for an interview. I ask them as far as possible not to break the 6-month rule:

• Do not reject a job that fits in with your experience just because the responsibility or the salary on offer is not exactly what you wanted. Of course, I am not including “offensive offers” in this advice. 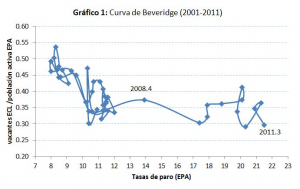 • Even if you can’t find it, don’t overuse terms like consultant or manager of your own company, assigning yourself a rank that doesn’t make much sense in the CVs you send out (recruiters already know this on the same line as your knowledge of foreign languages). Try to get some good training instead, within your possibilities and without rest, on courses that are subsidised or not.

• Find unpaid social work that enables you to be in contact with other people’s work and companies. This gives you freedom in your timetable.

• Search out professional groups either on-line or in person, as this enables you to be in close contact with the labour market, in search of improvement.

• Think about whether your experience, skills and knowledge are in demand in job offers. If in a period of two months you see that they aren’t, adapt to what companies are looking for. Don’t waste time if you see that something doesn’t work, don’t insist, find something else.

• Get support from objective people around you. It’s not a matter of getting them to encourage you or not, but rather for them to give you a real evaluation of your possibilities regardless of how crude the result might be. Once you have this objective image of yourself, find out where you fit in. Current offers are demanding in requisites and companies don’t want to do experiments. The words “anything” and “I can f 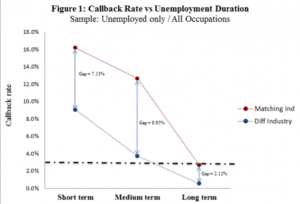 it in and I learn very quickly” are worthless. Either you fit in exactly or you don’t – it’s as simple as that.

• Think seriously about moving – I say this from experience. If you let the first months go by saying “something will come up where I live and if it doesn’t then I suppose I’ll have to move” then you are wasting your time. Think about it right now. Remember – 6 MONTHS.

• If 6 months go by don’t panic. Start again, don’t disconnect from the professional environment. Think about self-employment. Look for professional experiences that might help you in the future (if your new business doesn’t take off).

I APOLOGISE IF I HAVE OFFENDED ANYONE IN THIS POST; THIS IS NOT MY INTENTION. I AM JUST MODESTLY TRYING TO HELP.

THE 6 MONTH RULE. WORK AND UNEMPLOYMENT

Predicting the future:from FACEBOOK to MANAGEMENT COMPETENCE
HOW TO MEET A HEADHUNTER WITH LINKEDIN; and a job

One thought on “THE 6 MONTH RULE. WORK AND UNEMPLOYMENT”