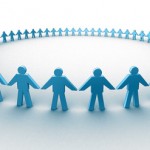 When talking about company management, there is something we cannot forget. It is something that actually shows the path for us to follow in our Human Resources strategy, no matter how developed a company might be in this respect. This is: the rules applied to the Labour Market.

Thanks to the Spanish “Círculo de Economía” and under the umbrella of the Pre-election Debates Seminar, there have been some conferences, hold with Catalonian politicians who, among other questions, have been asked about the convenience of facing the already-known Labour Market reform in Spain.

I am not interested in providing my opinion about the position each politician has taken regarding this issue, but I believe it is good to have a quick remark about the ideas each one has expressed on the problem of unemployment and the convenience of applying labour reforms to our labour market. Each one is free to get their own conclusions so the “Matthew” effect does not apply here: “For everyone who has will be given more, and he will have an abundance. Whoever does not have, even what he has will be taken from him” (Matthew, 25: 29).

Labour Market Reform: by providing incentives in the Labour Market: review of the contract models, giving an incentive to workers who show mobility, going over and checking collective agreements, fostering stable labour relations and reducing duality between temporary and permanent contracts.

He highlights the fact that the reform is more necessary today than ever before and it should not be stopped by any political reprisals because this would only worsen the already existing unemployment problems: precariousness and absenteeism, which are a disease for the Spanish system nowadays. His political party has just presented a proposal with seven points for the reform of the Labour Market before the Chamber of Deputies. In these seven points, they talk about possible solutions in order to reduce the duality in the current hiring model and also to fight precariousness. This should lead to a greater impulse or even a generalization of the fostering agreement. They want to re-enforce temporary employment and fight unemployment among the young. It is absolutely urgent to tackle an in-depth review of the internship and training contracts. They also want to reform the bonuses’ policy for hiring new staff, since the current one has proved to be useless when it comes to fostering new employment. They want to improve the collective agreement tools which are now being used so they can be closer to companies; make it easier for employees to move within the company; soften work journeys; improve on gender equality and fight absenteeism as well as have better control over temporary invalidity.

She reckons that the market labour reform is absolutely essential in order to overcome the current situation, which has been caused due to a labour market that was far too inflexible. She suggests reforming the obsolete collective agreement and eliminating the duality for contracts in the labour market –going back to, for instance, the learning contract, which disappeared precisely because of a proposal posed by her political party. She also wants to reform the compensation system, introducing gradual formulas that could increase depending on the performance and loyalty of a worker towards a company.

He believes that, before reforming the current labour market, we must face a tax reform, which has to be gradual and green, and by which the ones who have more, should also pay more. He does not think that compensation cuts can actually lead to more employment and criticises the Government because it has taken on the role of the employers when it comes to talking about making it cheaper to sack workers. He suggests reforming the financial system so credit can finally reach families and companies.

No fear, and with vitality
Out of Australia, Agribusinesses and Investment Opportunities