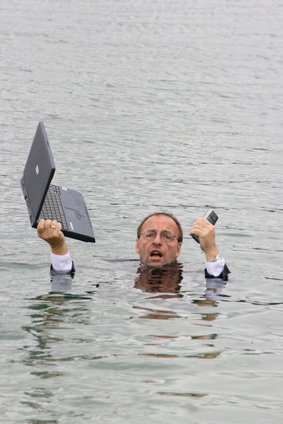 When summer holidays are over, different studies and surveys regarding the so-called “post-holiday blues” always come up.  All these studies agree that this syndrome only has mild consequences which can affect around 25% of the workforce and they also agree that its effects disappear within the first week at work. It is just the required adaptation to a more demanding environment, to which we had not been exposed for some time.

What I find interesting from the previous fact is the use of this syndrome in order to disguise a lack of motivation at work. I now recall the book Bonjour Laziness by the French writer Corinne Maier. This book was a best-seller in 2004 in France just at the time when the 35-hour working week was established there, only to be changed in 2008 by Sarkozy. In this “lazy style” school of thought, the French writer said:

“At the end of the day, everything you do is useless, and you could be replaced by any cretin who happens to be there. Then, what you have to do is just work as less as possible, allocate some part of your time to sell and promote yourself, so you are not put at risk of being sacked if there is a re-structuring”.

Motivation is a challenge and a personal approach. It also is a personal decision, a kind of commitment which needs some knowledge of oneself that never ends. It is an attitude that involves looking at things straight and going for them, knowing what you are able to do without getting any hit back because you know what you are not able to do. Self-knowledge rules as a sine-qua-non condition to be motivated. It does not depend on your environment or the ones around you: it just depends on you.

Lack of motivation becomes a fault if what you have to do is what you need, whatever the reason. If you need it, do not boycott yourself, do things out of your motivation. If you do not do it, you may keep you job in the short term, but you will certainly lose it in the end or you will not be happy. Nobody likes their job not to be repaid, and companies like it even less. 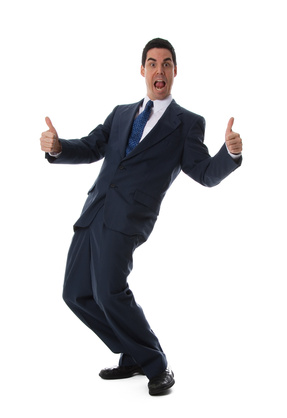 In all searches entrusted to us by our clients, and even more now, there is something about candidates that everyone wants. This demand is not shallow and it has to do with the ability for candidates to get self-motivated in the medium and long term. According to Moreno, J. A. and Martínez, A. (2006), this skill can be defined as the ability directly related to the need for exploring one’s environment, the curiosity and the pleasure undergone when doing an activity, without getting any direct reward from the outside. The development of an activity as such is the aim and the reward, as well as providing feelings of competence, fulfilment and gratification. This is why I am a strong supporter of the Self-determination theory, developed by Deci and Ryan in 1985 as the way to self-motivation. This is: the extent to which people do their actions voluntarily, by their own go. Just by accepting a job and no other, you are already choosing. This is the reason why I feel sad when I look at people who do not wish to get self-motivated or who continuously say that their responsibilities are not motivating.

In this lack of motivation, we could highlight two different trends. The first one has to do with the Burn-out which groups those employees who feel fed up, “burned” or stressed and the second one, the Bore-out, which groups employees who feel bored to death in their jobs. In both cases, lack of motivation in their jobs is obvious although the reasons causing it are different. The fact that there are people who have a job, who are enjoying such scant resource and who do not feel happy about it, can cause astonishment amongst the unemployed. If, as well as this, some employees do not feel motivated, while they enjoy something that 25% of the workforce in Spain do not have, things get even worse.

Reasons for Burn-out can be varied, but these are basically due to a clash between economic expectations of the employee and the requirements of the job. It can also happen –and this is the random part of it, since some people are really hard-working and put a lot of effort into what they do while other people do not necessarily do so, that an employee feels he has made a superhuman effort in his job and his bosses have not repaid this in the same extent, or there can be someone who feels he is not able to achieve the objectives set out and also feels he does not have the resources to get them. These situations lead to stress and lack of motivation.

On the contrary, Bore-out can arise when carrying out jobs for which an employee is over-qualified or when they do tasks that are repetitive and monotonous. These people can feel under-used according the potential they think they have. This leads to such boredom, such lack of interest in the company and the job, that there is continuous lack of motivation by the person. Despite this, these employees tend to hide this feeling, just making up their working dossier while pretending they are the busiest at work and looking like all the calls from clients and all the important issues for the company converge in them. 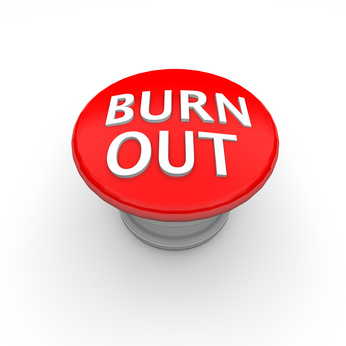 Both trends can be solved by having a strong sense of responsibility and self-knowledge of the person so he or she can find, by himself, elements for self-motivation. The help from a colleague or direct boss in an early stage is important for the employee to become aware of this fact so the employee cam get help and can be guided towards a solution.

Unfortunately, if the person does not get to a solution, it is better that he and the company take separate ways. Coming back from holidays seems like a good moment to think about this, instead of making up this continuous lack of motivation by an alleged post-holyday blues syndrome. Therefore, get high doses of self-motivation now.

HOW TO MEET A HEADHUNTER WITH LINKEDIN; and a job

One thought on “To beat post-holiday blues; SELF-MOTIVATION¡¡¡”