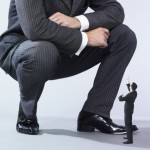 The first time that I heard this expression was on the lips of Mario Conde at a conference, and I imagine that he knows a lot about this. This expression is used to define the relationships and mechanisms that some institutions, basically financial institutions, have with the economy, so that actions taken against them produce a disaster for the general economy.  These institutions, who know about this “asset,” are able to leverage in their risk structure since they believe that given the enormous costs produced by their disappearance, if this case should occur, other entities or institutions would save them.  This is the strategy of a child who does not address his problems because he knows that he will always have his parents to get him out of any predicament.  Is this the strategy that the current government of Spain is adopting? + in the blog

I adopt this concept of analysis for two very timely reasons: 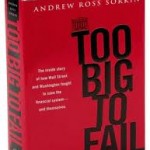 First due to the opening, yesterday, in USA of the film Too Big To Fail based on the book by Andrew Ross Sorkin  ‘Too Big to Fail: The Inside Story of How Wall Street and Washington Fought to Save the Financial System—and Themselves’ which describes the situation that occurred in the USA during the financial crisis of 2008, with the disappearance and bankruptcy of Bear Stearns, Lehman Brothers and AIG.  The relationships that this situation created among politicians, among which we should pay special attention to the Secretary of the Treasury, Hank Paulson, and the director of the Federal Reserve Ben Bernanke, and the rest of the financial institutions and power lobbies in Washington.
And secondly, due to Greece’s financial situation and the restructuring of its debt, which it was unable to handle except in the case of a severe adjustment plan that the Greek citizens themselves are not prepared to tolerate. This restructuring, if performed, could be considered by 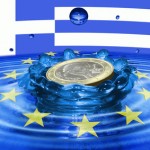 qualification agencies and by the markets as a suspension of payments on the part of the company, which would plunge the euro zone into a crisis with unforeseeable consequences from which it would be difficult to emerge.

Unfortunately this is the impression that the governments of different countries, especially Spain, give me, that those in the government, either consciously or unconsciously, leveraged in this strategy of too big to fail, which made them take measures that are unacceptable, and instead of correcting them they continued in this leverage of risk. We citizens, caught in this dynamic, cross our fingers, since this strategy used by those in our governments could have made us accomplices: the dynamic is too big not to affect us, and for this reason it is better to also push in this direction.

It is not necessary to go too far to find two very recent examples of this situation, 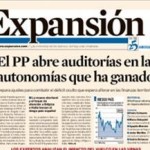 The first example comes from the change of government that will take place in different autonomous communities and city councils, which may or may not cause policies of budget joy adopted by some of the previous governments to spring up indiscriminately, or in clear language, policies of sweeping it under the rug and waiting to see who will clean up later, which is the first step to a situation where the deficit is so large that it cannot be handled, and for this reason, too large to be clearly stated. Too Big To Fail.

The second example comes from the financial entities and the marvelous FROB system. During the crisis, in parallel with the USA, Spain used the model Troubled Asset Relief Program (TARP) created by Hank Paulson and president Bush, launching a similar mechanism, the Fund for Ordered Bank Restructuring (FROB). At present this system does not work, the S&L’s and banks continue to have the same liquidity 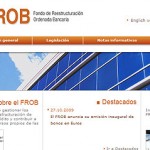 problems.  It abandoned solvency so that everyone can think what they see fit, until Basel III, the next stress tests and to the dates between September 30, 2011 and March 31, 2012 for them to do their homework. Given that this system does not work, in keeping with Too Big To Fail, the Royal Decree law 2/2011, from February 18 was conceived to reinforce the financial system, given that it is predicted that the new financial vehicles will not be able to capture sufficient money that would permit their survival, and the FROB is prepared for the acquisition of shares in these new financial entities that are not able to capture money on the market. Squaring the circle that we keep making bigger and bigger. Too Big To Fail.

As a response to the previous statements and if we grant that this concept of analysis is valid, it is we, the citizens, who must make those in the government understand that they made a mistake, that we are still in time if we do not make the monster that they created any larger, knowingly or unintentionally, but that it is present and that we do not have to make it bigger.

The model of generation of wealth has changed in its essence, and the models of political and economic concepts are still anchored in 19th century movements of which the majority of citizens are unaware. What is clear is that we do not want to fail, even at the expense of being smaller.

TOO BIG TO FAIL

I’m over 50…what about it?
Three NO’s: There is no understanding, there is no

confidence, and no money.