My first business experience with a Chinese company has been completely satisfactory –the four days we’ve been with them in Shanghai and Beijing making contacts and looking at some business opportunities have been very beneficial. After meeting personally and seeing how they behave as hosts, I have learnt three things: 1. The word “business” has its own dimension for them, 2. You have to do things step by step and, 3. We are not partners, but friends.

During these last few months, we had realised that the Chinese companies had started to show their interest in Spain and we have been able to prove that through this business travel. The reasons for this are unclear: from the interest of big Chinese corporations to invest in South America and analyse the European market using Spain as a launchpad –which will drag other smaller companies as well, up to more modest companies looking for investment alternatives. The latter is precisely the kind of company which has attracted our attention the most. They obviously have a growing domestic market and they would not need –not yet, to look beyond their borders. According to our model, these small and middle-sized companies should not come up in such an early stage of the future spread of Chinese companies through the world.

But even so, there are two reasons that could explain this. The first one has to do with the overwhelming number of so-called small Chinese companies, which have a turnover of between 3 and 12 million Euros each. These companies have been making a profit for years with a high margin which would be very high for the same kind of company in Europe. This leaves us with a number of wealthy owners who have gathered some personal assets of several million Euros (I am not talking here about the really rich ones) who wish the re-invest but always diversifying. The second reason would have to de with the own idiosyncrasy of the Chinese entrepreneurs, deeply rooted in their business culture. Therefore, they see that they need to open alternative ways (colloquially speaking, we could say “don’t put all your eggs in one basket”) for businesses and investments.

To what has been already said, we could add other more arguable reasons, like the fact that Spain is the EU country which has the biggest Chinese population or that the obsession for real estate owning and the low prices we are going to have in our market, as well as our quality of life, make our country an increasingly valued and interesting option to invest in. We must also take into account our presence and promotion in the World Expo in Shanghai, the reference that makes it easier for the presidency of the China Europe International Business School (CEIBS) led by IESE professor Pedro Nueno or the opening which is taking place for foreign tour operators to be able to arrange travels in China which will allow their citizens to travel abroad. Currently, around 85,000 Chinese citizens travel to Spain on tourism and this figure is expected to triple in the next few years, bringing our country closer to Chinese consumers and investors.

It is clear that Chinese companies are going abroad, whether with their government and financed by the Export-Import Bank of China (EXIM Bank) as it is the case for the companies settled in Africa –an example may be the Consortium China Nonferrus Metal Mining, especially in Algeria, Mozambique, Zambia, Mauritania or the Democratic Republic of the Congo, or privately in the very own United States, as Fortune magazine explains in the June issue. The magazine shows cases ranging from the giant Haier to Yungchen, which manufactures cylinders to print labels for bottles, or the Tianjin Pipe Group, which manufactures pipes for petrol extraction, the hotel Los Angeles Marriott Downtown or a shopping centre in Milwaukee, which is planning to become a mega-mall that will host 200 Chinese retail companies. 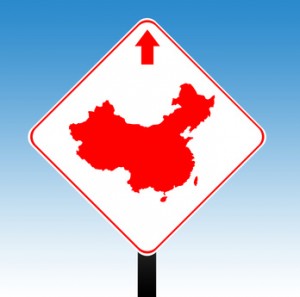 It is funny that this oncoming spread of Chinese companies coincides with the plan outlined by the own Chinese president, Hu Jintao, in which, by the year 2020 China must go from being an intensive power in labour force to a power where talent and innovation can be their driving force. According to the Chinese newspaper China Daily, from 1978 to 2006, more than 1.06 million Chinese have gone to study abroad, being Spain one of those countries and around 70% decided to stay here. In order to fester their return to their home country, the government has started campaigns like the “1000-elite program” by which they give an economic incentive to candidates and their families if they decide to come back. This return, as well as making it easier for Chinese companies to manage themselves, will also improve Chinese investments in other countries, since these repatriates will know about the opportunities and ways to get closer to foreign companies and countries where they once worked.

Taking all of this into account, I do not know whether we are wrong or we are right, but I think it is worth it to get to know Chinese companies and try to promote them and make easier for them, to some extent, the investment in our country. In the meantime, if we do not get it, we will at least have made very good friends indeed.

We are friends, not just partners. Chinese investment in Spain.

Peter Pan’s Black Swan and the DIG model
How much is my brand worth?